The sky is the limit for creating frightening creatures and terrifying monsters that look believable to audiences. Technology has come a long way in the last few decades, with almost every major motion picture utilizing CGI to ensure viewers are completely captivated. Read on to discover our Top 5 CGI Movie Monsters, if you dare… 😱 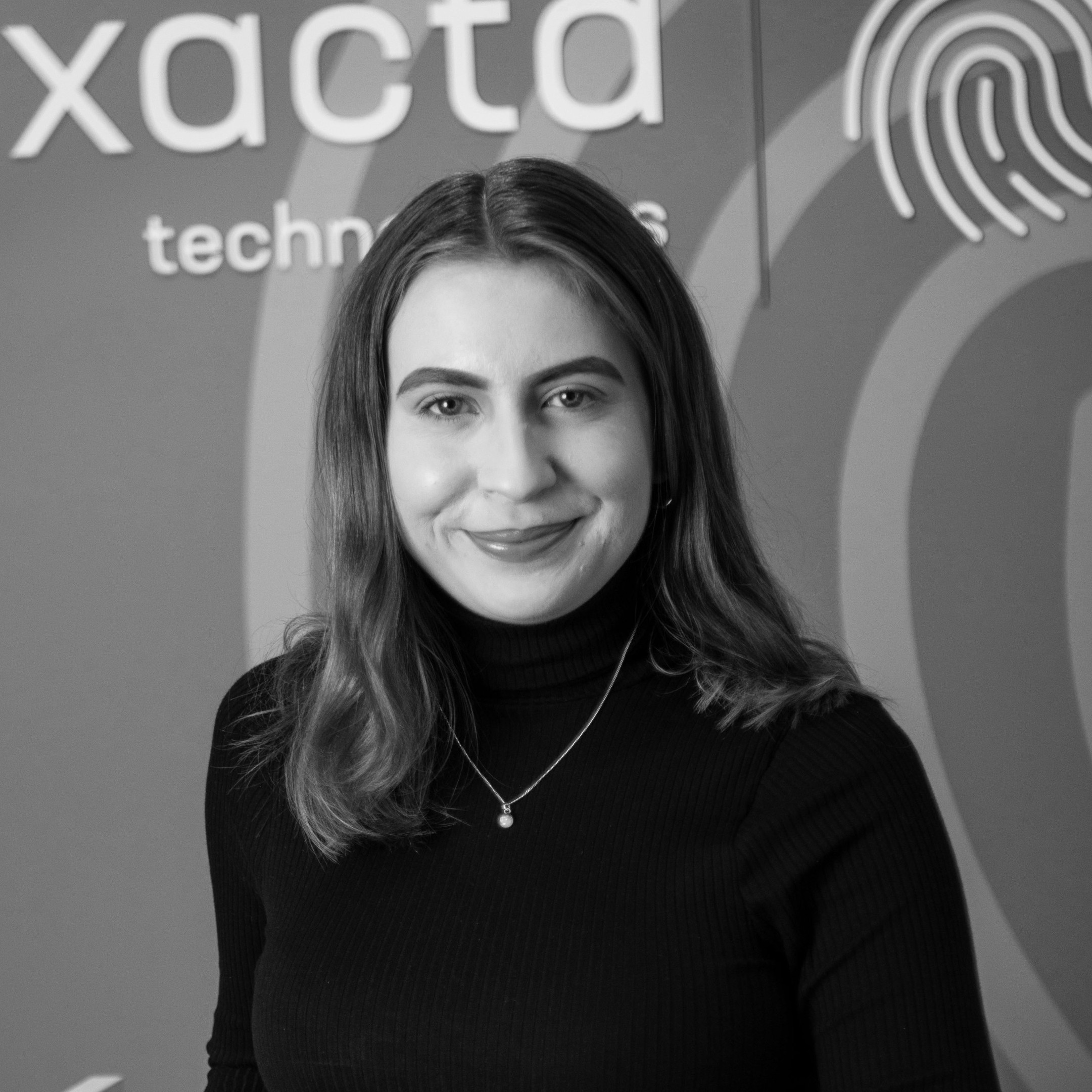 Cinema has evolved greatly since its beginnings, especially in the area of visual effects. In the last few decades, Computer-Generated Imagery (CGI) has dominated the industry. Also known as 3D imaging or 3D Rendering, CGI usually refers to 3D computer graphics that are used to create scenes, characters and other special effects. To celebrate Halloween and all things scary, we have created a list of our top 5 favourite menacing monsters and bone-chilling beasts made using CGI.

In at number 5 is John Krasinki’s directorial debut, A Quiet Place. The film surpassed box office expectations in 2018 and quickly became a modern horror favourite. The film sees a family’s struggle to survive in a world filled with disturbing monsters which, although blind, have exceptional hearing meaning survivors must live in complete silence. Creepy in concept, and even creepier to look at. As reported in Vanity Fair in 2018, “the team immediately set about pulling references, prehistoric fish, black snakes, and bats, particularly their movement patterns. Inspiration was also drawn from bog people: cadavers that have been mummified in peat, turning the skin black and giving it a sagging, leathery look.” 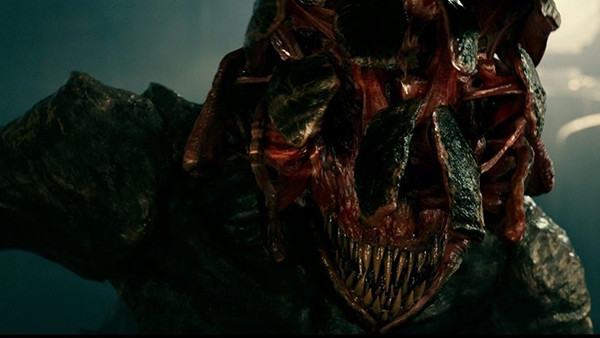 At number 4 The Dementors, who were introduced in “The Prisoner of Azkaban” also appearing occasionally throughout the rest of the series, the Dementors are the ghoulish guards of Azkaban Prison. These terrifying creatures suck the very happiness out of those they attack and can consume human souls through their mouths. For their first appearance in the Harry Potter franchise, director Alfonso Cuarón was initially keen to move away from CGI effects in favour of puppetry. However, this proved too expensive, and CGI was used instead, although footage of Dementor puppets moving underwater was used to create the eerie, floating feel of the iconic creatures. 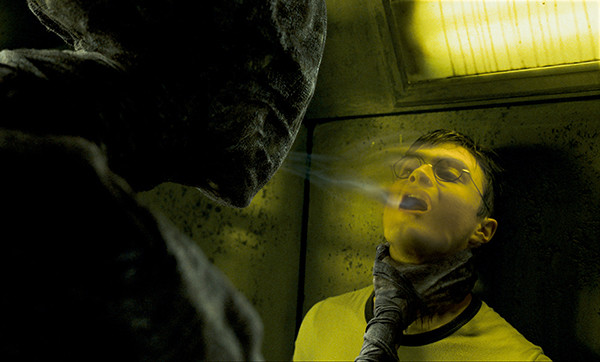 At number three it is of course Davy Jones, first appearing in Pirates of the Caribbean: Dead Man’s Chest, Davy Jones was the ruler of the Seven Seas, condemned for eternity to captain the Flying Dutchman. Part squid part man, the aquatic antagonist is portrayed by actor Bill Nighy. However, the characters facial effects are the results of some extraordinary digital effects. The character was created almost completely from CGI; Nighy wore a prosthetic only once, for the scene in which Orlando Bloom’s Will Turner steals a key from inside his tentacle beard. The scope and success of this CGI surprised even the filmmakers themselves, who had filmed extra shots using more conventional make-up which they ultimately did not use. 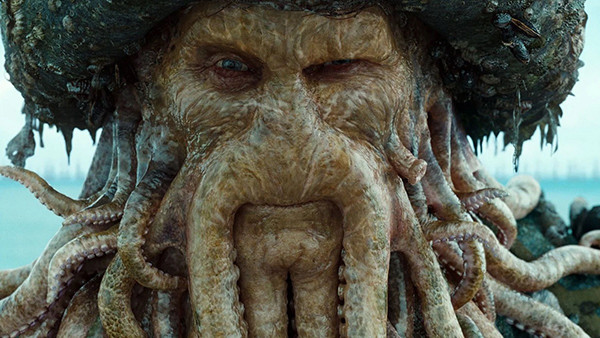 At number two, our runner up The Mummy. This Brendan Fraser led adventure film is a remake of the 1932 original, with the earlier films being known as something of a visual effects pioneer. The Mummy was created using a combination of cutting-edge digital effects and motion capture. The first stage of The Mummy was entirely digital, depicting a decayed corpse that had been lying dormant for 3,000 years, complete with long-rotted sinew and muscles. Over the course of the film Ihmotep gradually becomes more human, but so do his other-worldly powers over the elements increase such as conjuring tsunamis and sandstorms with his face. These effects were pretty ground-breaking for 1999, but they came at a price – $15 million of the production’s $80 million budget, to be exact. 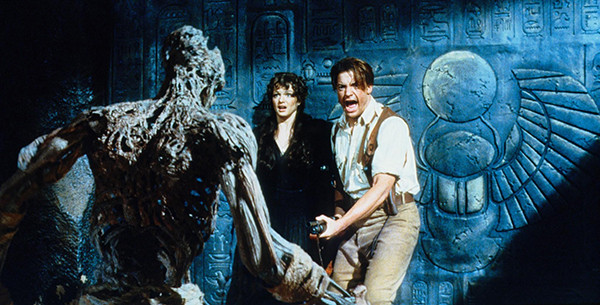 At number one our favourite CGI monster is Balrog! In the Lord of the Rings books, a Balrog is described as a tall and menacing creature, who shroud themselves in fire, darkness and shadow. Balrog’s have wings and carry a flaming whip they use to attack. When Peter Jackson started adapting the book into films, he made it very clear he wanted the creature to appear as terrifying as possible. The scene in which Gandalf faces off against a Balrog is one of the most iconic and quoteworthy scenes in cinema history. The beasts flaming horns and demon wings, as well as its formidable whip, were skilfully made using CGI, creating a remarkable monster especially for the time the film was produced. 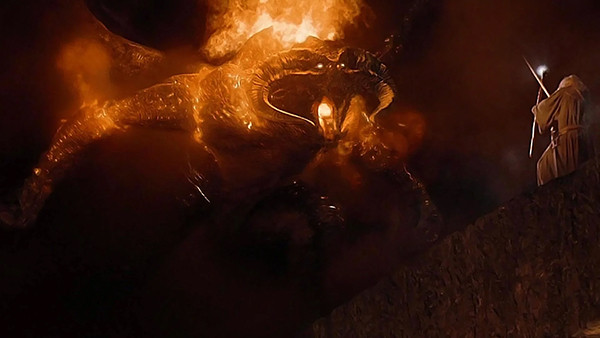 Jackson, P (2001). The Lord of the Rings: The Fellowship of the Ring [Film]. WingNut Films. Where to watch: NowTV

Here at Proline, we know the importance VFX plays in post-production. From creating terrifying creatures to scary visual effects, Proline offers the latest tech and high-powered workstations, purpose built to handle these complex and intricate workloads. Find out more about our systems here.

To discuss with one of our experts or to place an order for your business, check out our Contact Us Page, where we can help you find your perfect workstation.