About the Client - Aspect Film & Video are a video production company based in Bristol and London. The company creates high-quality videos for the likes of North Face, Nationwide, Pukka and The University of South Wales.

We sat down, virtually, with Adam Etheridge, Director & Founder of Aspect Film & Video. For the last month, Adam has been using the PL Ultimate system, to deliver a number of VFX projects, including a TV commercial for a national F&B brand, an innovative WebGL project for an international charity, and proof of concept piece for a Feature Film.

What workstation were you using previously?

What software do you use daily?

Since switching to the PL Ultimate, how has your workflow transformed?

The switch to the PL Ultimate has impacted every aspect of the creative process. Through much faster and more reliable processing, production efficiency has taken a major leap forward. Render times are now 25% (x4) of what the production team were previously planning for, allowing us to hit deadlines faster and with a lot less stress.

However, the efficiency uplift goes far beyond production and timeframe deliverables. For Aspect, the technology packed into the PL Ultimate has hit a creative tipping point that we’ve been waiting years to reach. As many CG and VFX processes migrate away from CPU and onto GPU tasking, many creative challenges that were once hugely time intensive, such as pyro and fluid simulations, are now virtually real-time. The impact this has on creativity is profound.  It eliminates perception fatigue for the artist, and render frustrations for the wider creative team, allowing everyone involved to go through many more creative iterations within an equivalent timeframe. This faster, in many cases real-time, feedback is having a real uplift on creative quality, and at the same time transforming the wider creative team’s relationship with process.

It is always great to see hard work pay off, and with our PL-Ultimate we couldn’t have seen a better result. Working with Adam proved to be a great opportunity, as we got a lot of great feedback, and saw results above and beyond what we expected. To see a reported 4 times increase in productivity was frankly stunning. We knew we had something great, but even that beat our expectations. Now we are as confident as ever that we have a workstation that can absolutely deliver best-in-class performance for the film, video and VFX industry. We can’t wait to see what more people will do with the PL-Ultimate.

I cannot thank Proline enough for their care and professionalism in putting the PL Ultimate together. They really listened to what we were looking for in a machine, and their customer service has been exemplary. Aspect has finally found a technology partner that understands creative outcomes.” 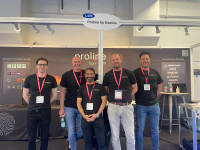 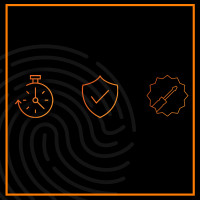